Screen Time: We Need a Plan 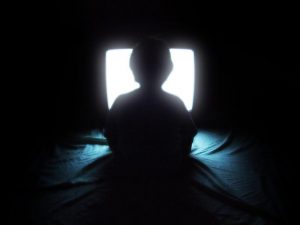 ” No child should have a phone in their bedroom unsupervised.”
Dr. Leonard Sax, Pediatrician

It is always interesting to see which Facebook posts attract the most attention. An interview with Dr. Leonard Sax in the Wichita Eagle, “Why kids today are out of shape, disrespectful – and in charge,” drew considerable interest – even Facebook commented  “This post is performing better than 90% of other posts on your Page.”
The article, http://www.kansas.com/news/nationworld/national/article56473378.html, describes the “reordering of families.” Dr. Sax argues that families are facing a “crisis of authority” where kids are given too much control and are effectively put in charge. “The parent makes a recommendation, but the child makes the final decision. I know of cases where the kid was clearly making the wrong decision and the parents knew it but nevertheless felt completely powerless to overrule their child. The child is the one who suffers.”
He continues, “The same is true with regard to a cellphone in the bedroom. You now find kids at 10, 12, 14, 16 years of age who have their phone in their bedroom at two (o’clock) in the morning. You take the device at night and you put it in the charger, which stays in the parents’ bedroom. No child should have a phone in their bedroom unsupervised.
That’s not just my opinion. That is the official teaching of the American Academy of Pediatrics (AAP) in guidelines published (in) October 2013. But you would be astonished, or maybe you wouldn’t be, how many parents find that an impossible recommendation. They feel that they have no authority over their child in many domains.”

So, what does the AAP actually say and recommend:

According to a recent study, the average 8- to 10-year-old spends nearly 8 hours a day with a variety of different media, and older children and teenagers spend >11 hours per day.1
Presence of a TV set in a child’s bedroom increases these figures even more, and 71% of children and teenagers report having a TV in their bedroom.1 Young people now spend more time with media than they do in school—it is the leading activity for children and teenagers other than sleeping.1,2
Nearly all children and teenagers have Internet access (84%), often high-speed, and one-third have access in their own bedroom.
In a recent study, two-thirds of children and teenagers report that their parents have “no rules” about time spent with media.1 Many young children see PG-13 and R-rated movies—either online, on TV, or in movie theaters—that contain problematic content and are clearly inappropriate for them. Few parents have rules about cell phone use for their children or adolescents. There is considerable evidence that a bedroom TV increases the risk for obesity, substance use, and exposure to sexual content.1,2-8.
Give, these concerns, the American Academy of Pediatrics recommends: