Update on Measles
-No cases reported in Canada in 2017
-11 cases reported in Canada in 2016
-In January 2017, 23 people from 6 states (California, Colorado, Florida, New Jersey, New York, and Pennsylvania) were reported to have measles.
-In 2016, 70 people from 16 states were reported to have measles.
• The majority of people who got measles were unvaccinated.
• Measles is still common in many parts of the world including some countries in Europe, Asia, the Pacific, and Africa.
• Travelers with measles continue to bring the disease into the U.S. and Canada
• Measles can spread when it reaches a community where groups of people are unvaccinated.
What is Measles?
Measles is a highly contagious viral disease. It remains an important cause of death among young children globally, despite the availability of a safe and effective vaccine.
How is it transmitted?
Measles is transmitted via droplets from the nose, mouth or throat of infected persons.
What are the symptoms?
Initial symptoms, which usually appear 10–12 days after infection, include high fever, a runny nose, bloodshot eyes, and tiny white spots on the inside of the mouth. Several days later, a rash develops, starting on the face and upper neck and gradually spreading downwards.
Can it be severe?
The most serious complications include blindness, encephalitis (an infection that causes brain swelling), severe diarrhea and related dehydration, and severe respiratory infections such as pneumonia.
Is it still common?
While global measles deaths have decreased by 75 percent worldwide in recent years — from 544,000 deaths in 2000 to 146,000 in 2013 — measles is still common in many developing countries, particularly in parts of Africa and Asia. More than 20 million people are affected by measles each year. The overwhelming majority (more than 95%) of measles deaths occur in countries with low per capita incomes and weak health infrastructures.
Can measles be prevented?
Yes. The measles vaccine has been in use since the 1960s. It is safe, effective and inexpensive. WHO (World Health Organization) recommends immunization for all susceptible children and adults for whom measles vaccination is not contraindicated.
What is the global plan?
Under the Global Vaccine Action Plan, measles and rubella are targeted for elimination in five WHO Regions by 2020. WHO is the lead technical agency responsible for coordination of immunization and surveillance activities supporting all countries to achieve this goal. 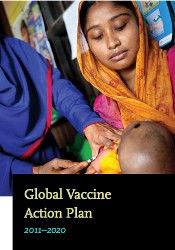